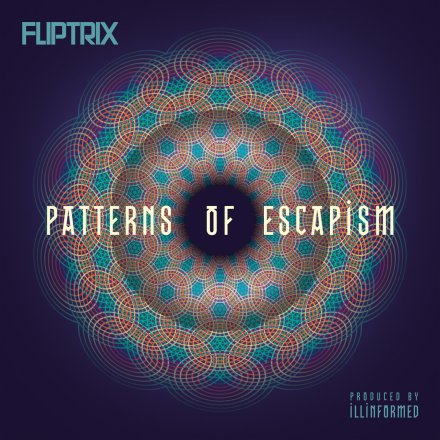 This release helps to show that alternative rap has a place in hip hop. Fliptrix might not have made a perfect album, but it definitely shows he has talent.

The production is somewhat easy going with some higher energy elements to help carry it through. There are a lot of similarities between the songs which can lead to some of the tracks bleeding together slightly. That being said, there is a lot of difference between these beats and the majority of others that are out there right now, making this more of a stand out project.

The lyricism is good with clever wordplay and some changes in pace to keep a full listen through from getting boring. This project shows that Fliptrix can write bars but his delivery could do with something extra. Whether it is confidence or passion, his performance is slightly lacking in the star quality to be a mainstream success, but hopefully he will find it for his next release.

The features help to keep this project flowing with good performances, but some are a little too similar to the main artist to have a huge impact. The guests all write great verses but there appears to be a lack of chemistry with some of them and the performance aspect is very similar to Fliptrix. Some guests with less things in common may go a long way to lifting this album.

Overall, this is an entertaining release in bite size chunks, but can be hard work to get through all seventeen tracks. Fliptrix has some shining moments, but needs to try and make them more consistent if he wants to break into the mainstream.

One thought on “Fliptrix -Patterns Of Escapism Review”