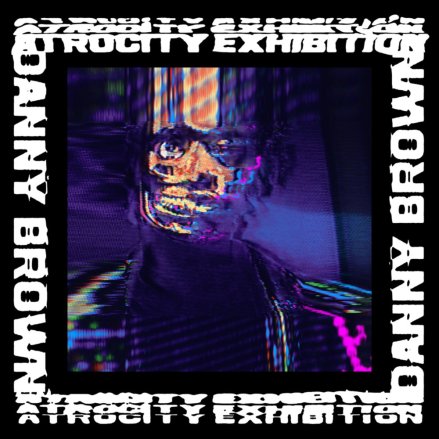 This is a very interesting release as Danny Brown continues his psychedelic and somewhat psychotic approach to his music with results that push the experimental envelope. Fortunately there are some gems in all the confusion that make this a success.

The production is certainly different with a lot of unusual sounds and patterns used to make an unusual feel that helps somewhat to explain the album title. While not conventional beats used as a backing, they do all work with Brown’s style and with the guest appearances. It may not be for everyone, it does prove that making music does not have to be formulaic as it so often is in mainstream Hip Hop.

The lyricism is clever with Danny Brown showing he can write clever lines about a range of subject matter while keeping his signature tone and flow. He works with the range of production to make emotional songs as well as tracks for the recreational drug user and even high energy offerings. Listeners should be able to find rhymes for everyone on this particular project.

The features are good as they don’t fill the project while helping to elevate it to new heights. Brown selects some A-List acts to prove he can rap with the best and does so with gusto. it will be interesting to see who he chooses to work with in the future as he is already close to the Hip Hop elite.

Overall, this is a very entertaining listen because it is so different. Few artists would try something so experimental, or be able to pull it off so well. Danny Brown should be celebrated for even attempting this, let alone for how well he has crafted it.