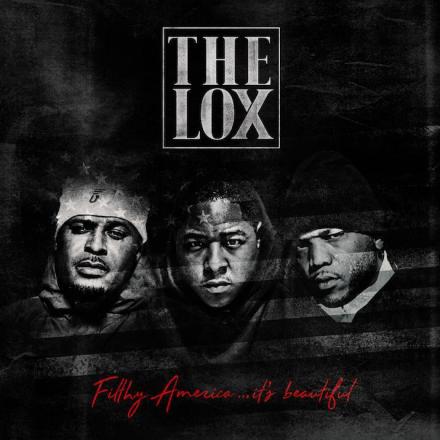 This release starts off strong with all three members having strong verses, but some safe choices later can make a full listen through disappointing. Some of the more mainstream options takes this edge off this gritty album that could have been solid without them.

The production is good with the right atmosphere on every track helping to make this have more of an impact. While some of the beats are perfect for the group, the attempt to seem more radio friendly makes the group seem like they are trying to grow their audience. However by doing this they may have lost some of the core group that liked their old stuff. By sticking to what they know, they may have created a more cohesive project.

The lyricism is fantastic with all three members trying hard to be the best. They also try hard at the performance aspect with their individual delivery making the tracks stand out slightly. On the downside, the hooks are not as hard hitting as the verses and can be repetitive in places. While there are no major works to be done, this is not a totally smooth ride.

The features are the weakest part of this release because they don’t necessarily fit with the style of the group. While none do particularly badly, some do not gel with the chemistry of the group and sound a little out of place. Some singers would have been a better way to show the softer side than radio attempts.

Overall, this is an enjoyable release if you can sit through the few rough patches. Sheek Louch, Styles P and Jadakiss should be proud of their individual performances as well as how they work as a team.

This album shows that G-Eazy can rap and do it well, but does not necesserily know the formula to a wining song. Some song chemistry is needed to tie the album together a bit more.

The production is different from the normal with a touch of abnormal patterns and sounds to give the music a dark edge. The songs follow the theme of when things are dakr, but it does need to still be tied together. Some more cohesion between the songs would help this project a lot.

The lyricism is great with G-Eazy easily striding through his rhymes with good and individual delivery. His lyrics are full of different techniques and devices to improve his imagery. Maybe some more changes to flow would help bring this project together.

The features are one of the most cohesive elements of this project as they help show the chemistry G-Eazy can have with other artists. Each has a good verse that helps to push the songs ot new hieghts. Some more variation in the type of guest with maybe more singing would help to show his diversity a bit more.

Overall, this is a great step for G-Eazy as it helps to hone his skills. Maybe on a brighter project, he could show that he can have more variation when it comes to content.

This is a personal sounding project by Drake with some haunting production, but it is only showing a more toned down version of what we have already seen from him.

The production is good and does well to make a good base for Drake to try and show his lyrical skill. With its minimalist sound and interesting instrument choices, the beats blend together well while staying individual. Maybe some variation could create a more complete sounding project but the production on this is still enjoyable.

The lyricism is alright but is not on the level that could be expected of him. This project is on a more personal level which puts Drake in the position of making powerful tracks. This does mean that he puts touching sentiment ahead of clever wordplay but that is ok as that is the idea. He does this extremely well and creates some tracks with some good messages.

The features put in some good efforts but do not live up to the expectation of being on a Drake project. While they do try hard, they don’t shine and simply fill in space on their tracks until the next one begins.

Overall, this is a good effort from Drake to air out some of his personal life but it has too much singing Drake and not enough rapping Drake for it to appeal to a Hip Hop orientated audience.